The 2018 TETA Awards Banquet will be held Friday, January 26th during TheatreFest 2018 at Moody Gardens in Galveston.  Doors open at 6pm for dinner and a cash bar.  Tickets are $25 and are still available for purchase.  You can order your by filling out a simple online form or as long as seats are available you can get yours on-site in the registration area.
Here are this year's award recipients:
Annie Dragoo - K-12 TETA Educator of the Year 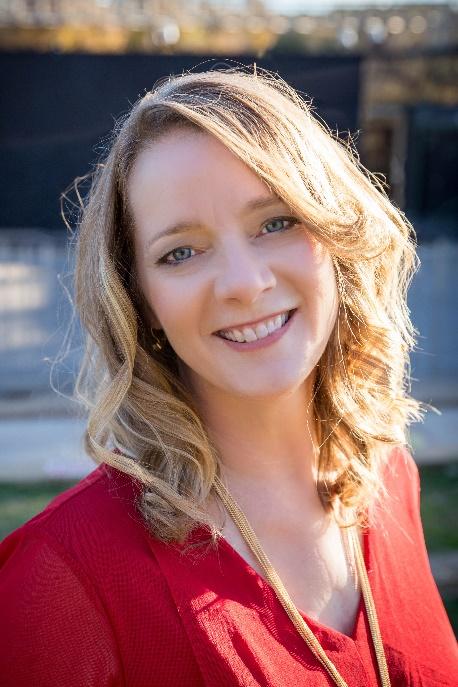 ANNIE DRAGOO began teaching and directing in 1993. She holds a BA in English and Speech Communication with a Concentration in Theatre Studies from Houston Baptist University. In the summer of 2008, she was granted a scholarship to study in residency at the Globe Theatre in London and has trained for several years with the Broadway Teaching Lab in New York. Her career has included directing elementary, middle, and high school students across Texas. Annie began the musical theatre program at Austin High in 2004, and since that time, has directed 18 musical productions at the school. In her 25-year career, she has directed over 50 productions. Dragoo co-directed three Austin High productions that qualified for the 5A State Contest, winning the State Championship in 2012 and second place in 2017. Among her favorites productions to direct are Spring Awakening, Gypsy, Into the Woods, Urinetown, Avenue Q and Radio Eyes. She wrote the Musical Theatre innovative course curriculum that was adopted by TEA in 2013.  Dragoo served on the TETA Board of Directors for three years and servied on the UIL Advisory Committee. Currently, she serves as the TETA Curriculum Chair. Dragoo has performed in several professional productions in Dallas, Houston, & Austin. In 2015, she won the Alma Slawinski Leadership Award from the Texas Thespians. Her favorite role is mom to Josh, Haley, & Sadie and wife to Billy.
Mandy Conner - TETA K-12 Educator of the Year 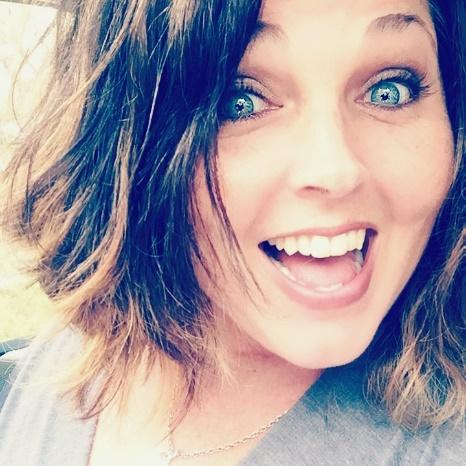 Mandy Conner has been teaching at Connally High School in Waco, Texas for over 20 years. She began her love for theatre while attending McLennan Community College and Texas Tech University, where she earned her Bachelor of Arts in English. She has earned 10 trips to the Regional UIL One Act Play Meet (including her original production Ago), and has had six appearances at the UIL State One Act Play Meet (including her original production of Lafayette No. 1), earning First Runner-Up in 2010. In addition to teaching, directing, and writing, Mandy is a motivational speaker and conducts creativity workshops throughout the state. Mandy resides in China Spring, Texas with her husband Chris and two daughters, Edie and Josie.
Roxanne Schroeder-Arce - TETA Higher Education Teacher of the Year 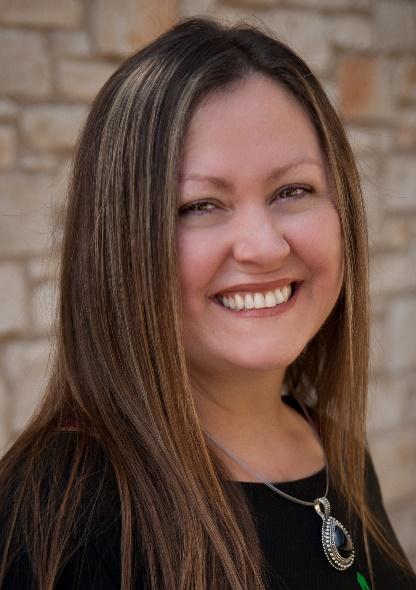 Roxanne Schroeder-Arce is Associate Professor of Theatre Education (UTeach Theatre) at the University of Texas Department of Theatre & Dance. Aside from her teaching, Schroeder-Arce is a scholar, director and playwright. Her research interests include culturally responsive theatre education and Latinx theatre with and for youth. She has published articles in journals such as Youth Theatre Journal, International Journal for Education and the Arts and Theatre Topics. Roxanne’s plays, including Mariachi Girl and Señora Tortuga are published by Dramatic Publishing. She is currently coauthoring the play Yana Wana’s Legend of the Bluebonnet, commissioned by Dallas Children’s Theatre. Roxanne is a proud alumnus of the Upward Bound Program. She also taught theatre arts at United South High School in Laredo and McCallum High School in Austin for a total of six years. She was also youth director of Teatro Humanidad, a bilingual theatre company in Austin. Her web site can be found at: www.roxannearce.com
Kelly Parker - TETA Higher Education Educator of the Year 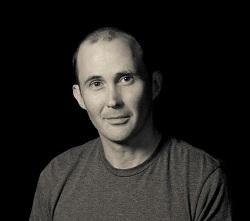 Kelly Parker earned his B.F.A. in performance from Baylor University and his M.F.A. in acting/directing from Texas Tech University. In addition to teaching acting and other diverse courses, Kelly directs multiple theatrical productions each season while serving as the coordinator for the Theatre Department at McLennan. He studied the Meisner acting technique with Larry Silverberg and is a certified teacher through the True Acting Institute. He is a certified Assistant Teacher of Fitzmaurice Voicework(c) and has trained in voice and speech work in New York City and Los Angeles with leading voice and speech directors Catherine Fitzmaurice, Patsy Rodenberg, and Phil Thompson. Kelly is a co-founder and director of the outdoor theatrical event "Shakespeare on the Rock" featured each summer at the Tablerock Amphitheater in Salado, Texas. He is a 200-hour Registered Viniyoga Teacher; a member of TETA, a registered Advanced Actor Combatant with the SAFD, VASTA, LMDA and Yoga Alliance. Kelly spent the summer of 2017 studying improvisational performance techniques with Keith Johnstone at the Loose Moose Theater Company in Alberta, Canada. 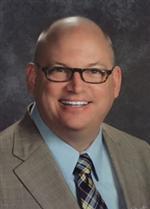 Gary Davis became the 8th Superintendent of DCISD on July 1, 2014. Mr. Davis is currently in his 28th year of public education and his 15th in administration. He served as the DCISD Assistant Superintendent from 2012-2014 and prior to that he was the Denver City High School Principal for 8 years, from 2004-2012. He also worked as the Assistant Principal of DCHS for one year. He is a graduate of Ozona High School, Angelo State University, and the University of the Southwest. Prior to coming to Denver City, Mr. Davis taught in Plains; Lovington, New Mexico; Wall & Ector County ISD in Odessa. He holds lifetime teaching certification in Art, English, Journalism, Speech & Theatre. Mr. Davis is a second-generation public school superintendent. His father, Garland Davis, was a life-long educator, having worked for Robert Lee ISD; Medina ISD; Crockett County CCSD in Ozona; Lovington, NM and as a Deputy Commissioner of Education for the Texas Education Agency under Commissioner Raymond Bynum. The elder Mr. Davis was one of the founding members of the Texas Association of Community Schools (TACS). Gary Davis is a member of the Texas Association of School Administrators (TASA), the Texas Association of Community Schools (TACS), the Texas School Coalition, Chair-elect of the University Interscholastic League's One-Act Play Advisory Committee, the Texas Educational Theatre Association (TETA), a member of the TETA Advisory Board and the Texas Theatre Adjudicators & Officials Organization (TTAO). He previously served on the Foundation Scholarship Board for the New Mexico Junior College, is a past president of the Denver City Chamber of Commerce and an Elder at the Denver City Church of Christ. Mr. Davis celebrates 25 years of marriage this summer to his wife, Carmela. She has been the Director of Physical Therapy at the Yoakum County Hospital for 18 years. They have three children: Marlow, a freshmen at Abilene Christian University; Sawyer, a freshman at Denver City High School & Emery, a 5th grader at Kelley Elementary. Mr. Davis believes that "one's true measure is determined by his contribution to the lives of others"
Gloria McLuckie - TETA Founders Award 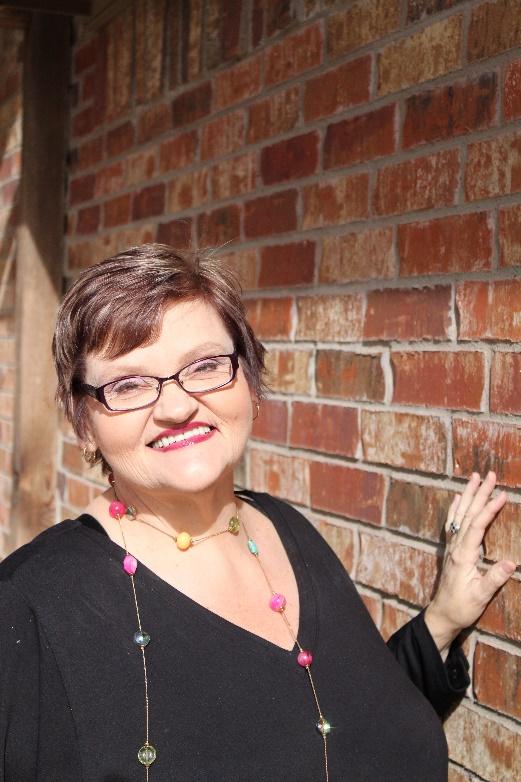 This is the 31st year for Gloria McLuckie, Denver City Theatre Director, to teach Theatre in grades 8-12.  She has also taught Speech, Reading, and Debate, during her career. She received her Master of Arts in Theatre, during the summer of 2017, from Texas A&M-Commerce, and her BA from East Texas State University, 1986. She has spent her career at New Diana ISD, Hempstead ISD, and Corsicana ISD. Her plays have appeared at the state meet for 17 years, including; 11 in a row.  Her last year at Corsicana HS, gave her an exciting event, as her daughter and she co-directed their adaptation of Shakespeare’s Macbeth, The Royal Tragedy, earning them a trip to the State OAP Meet.  Her students have earned 5-1st place trophies, 5-2nd place trophies, and 4-3rd place trophies.  Her students have received 4 State Best Actress awards, 4 State Best Actor awards, 5 Samuel French Awards.  “Ms. Mac,” as her students call her, serves on the UIL Advisory Committee from 1994 to present. She served as the Texas Educational Theatre Association K-12 VP and the Awards Chairman.  She proudly accepted the TETA Secondary Educator of the Year Award in 2007.  She received the Frank L. Denius Award for UIL Sponsor Excellence in 1996.  In 1997 she received Upshur County Teacher of the Year, was nominated for Texas Woman of the Year in 1997 and the Disney Teacher Award in 1999.  She is a member of Delta Kappa Gamma Society International and Lions Club International.  “It is true that “CHANGE IS DEFINITELY GOOD.”  Teaching is my calling and I’m grateful to have the opportunity to work with the awesome students in Denver City ISD. 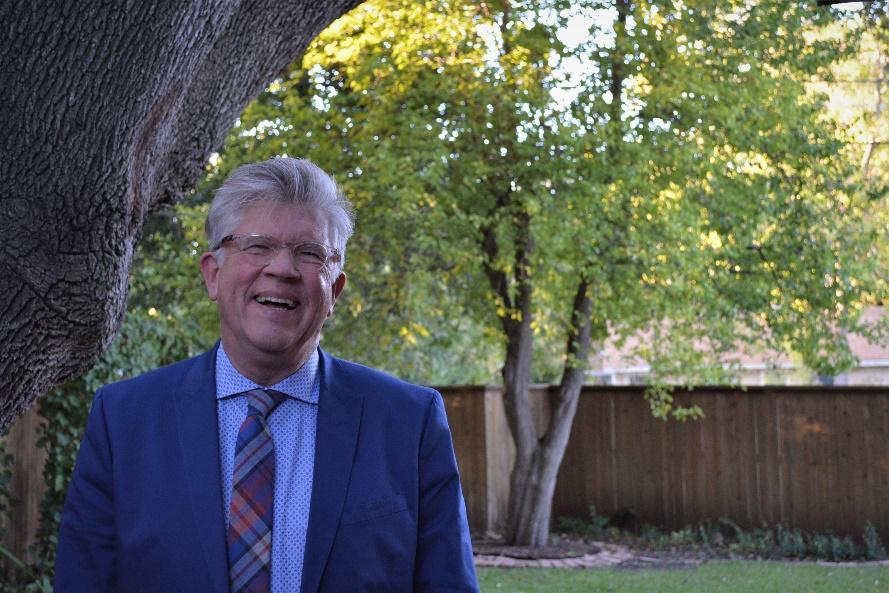